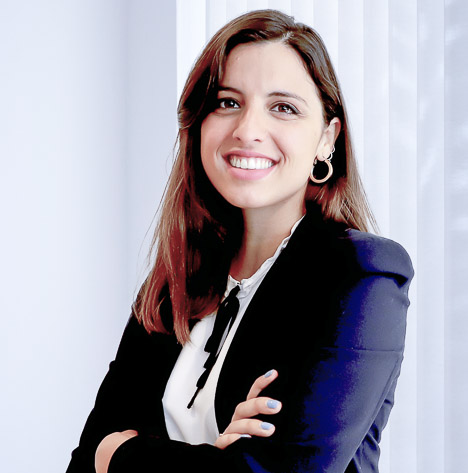 THE GUARDIANSHIP: Obligations, duties and acts to be carried out

As we discussed in another blog, the individuals who may be under the protection of the institution of the guardianship are the non-emancipated minors who are not under the parental authority and the legally incapacitated through the corresponding sentence,
as they are especially vulnerable individuals that require such protection.

Regarding the appointment of a guardian, it should be made clear that the judicial authority will determine and appoint the person of the guardian, who must take possession of his position before the competent Court, which will supervise and control their actions.

Persons who must assume the position of tutor

The Civil Code is the norm that establishes the persons on whom the position of tutor falls and on which the judicial resolution will turn. Article 234 of the Spanish Civil Code establishes that for the appointment of a guardian, the following will be preferred:

1º. The appointed by the guardian himself, according to the second paragraph of Article 223.

2º. The spouse who lives with the ward.

4º. To the person or persons designated by them in their last will dispositions.

5º. To the descendant, ascendant or brother designated by the judge.

Notwithstanding the above, the Judge may alter the order established for the appointment if, due to the concurrent circumstances, they so advise.

The autonomic legislation can determine a different order of preference. In the case of Catalonia, it is established that the preference of the judicial body at the time of choosing the person in which the position of guardian will fall is the following persons:

- The spouse or partner in a stable relationship of the incapacitated person, if there is coexistence.

- Descendants of age of the incapacitated person.

- The ascendants of the minor or incapacitated person, unless the parental authority is extended or rehabilitated.

- In case of death of the minor's or incapacitated parent, the spouse or partner in a stable relationship of the same, if he / she cohabits with the person who must be placed in guardianship.

- The siblings of the minor or incapacitated.

Obligation to assume the position of tutor

The Judge determines the person who will assume the position of tutor. However, there are certain causes, such as age, conflict with the guardianship, or labor relations that would make it difficult to exercise the position, which allow the tutor to may be excused of the obligation to assume the position before accepting it, or renounce the same, case that had already been accepted (Removal of guardianship).

If there are no persons from the family environment who can take over the guardianship, the judicial authority must designate as legal guardians legal entities, public or private, non-profit, who can assume this function in a satisfactory manner.

Obligations in the exercise of the position of tutor

Focusing on the obligations of the person who is appointed guardian, we must first know that, in addition to the duty of care and to provide food to the ward, must perform the following functions:

- Will inform in detail of the relevant changes that have occurred in the incapacitated person protected since the previous rendering of accounts, indicating their health status, place of residence and personal and family situation.

- The guardian should treat the ward with consideration and both should respect each other.

- The guardian has the duty to educate the person under guardianship and provide him with a comprehensive education, if appropriate to his age and personal situation.

- The guardian must act with the diligence of a good administrator and is responsible for the damages caused by his actions.

- You must make an inventory of the patrimony of the ward within two months of taking possession of the position, which will be presented in the Court, being that in said inventory will contain the assets, credits, charges and debts that make up the patrimony object of the tutelage.

- Inform the Court of the economic situation of the ward each year and report on their administration.

- Final surrender of accounts that will be presented to the Court within the period of 3 months following the cessation of the position or at the end of the guardianship.

Acts in which the tutor will require judicial authorization

Likewise, the protection of the guardianship will be guaranteed by the judicial bodies through the circumstance that in order to carry out certain acts the guardian will need prior judicial authorization, being that the same will be granted in the interest of the person protected and, for both, in the case of being useful or necessary. The acts that require such authorization are:

- Alien property, commercial establishments, intellectual and industrial property rights or other assets of extraordinary value, as well as tax them.

- Dispose of real rights over the assets referred to in the previous section or renounce them.

- Give and take money on loan or credit, unless it is set up to finance the acquisition of a good.

- Grant leases on real estate for a period of more than fifteen years.

- Endorse, provide bank guarantees or constitute rights of guarantee of obligations of others.

- Acquire the status of partner in companies that do not limit the liability of the persons that form part of them, as well as constitute, dissolve, merge or split these companies.

- Renounce, agree to the demand, desist or compromise on issues related to their assets or rights.

The guardianship is an institution that aims to ensure the welfare of the ward and, therefore, the current legislation has established the relevant mechanisms for its control and proper functioning, being that all the actions aimed at protecting the personal and patrimonial situation can be carried out, and annually reported to the Court; and, as we have seen, in some cases the judge must be previously informed of certain action in order to simultaneously request authorization to carry them out.

In this way and as it is that the guardian must present annually in Court an accountability report on the situation in which the ward is, it is advisable to consult a lawyer in order to satisfactorily fulfill this obligation.

Do you have doubts? Do you need to urge a legal incapacitation procedure or do you need advice on the exercise of the position of guardian? Contact our law firm.