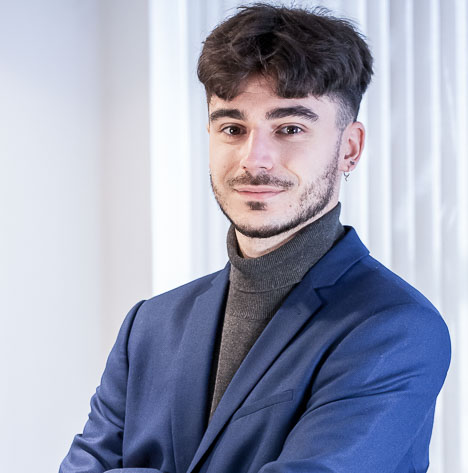 Parental abandonment as a cause to request the change of surname

The Spanish Supreme Court admits the request for changing of surname due to exceptional circumstances to the person concerned, and this as a consequence of the abandonment of the plaintiff's father when she was a minor and its psychological repercussions that derived from said situation.

In this article we briefly analyse the recent Supreme Court Judgment number 795/2022, of November 21, by which the plaintiff's paternal surname is suppressed, thus going to bear the two maternal surnames.

A citizen filed a lawsuit against the Ministry of Justice, in which she requested from the Court a change of surname consisting of suppressing the paternal surname and replacing it with the other maternal surname, also requesting that said modification ought to be registered in the Civil Registry. The reason given for requesting this change and replacement of the paternal surname was due to the complete abandonment of the applicant's father when she was a minor. Said lawsuit was dismissed by the Court of First Instance of Murcia on March 21, 2019.

After appealing against the previous resolution by said citizen, Section 1 of the Provincial Court of Murcia, issued a Judgment on January 20, 2020 in the same sense as the first instance referenced above, that is, confirming that it was not possible to change her paternal surname for that reason.

However, said citizen did not give up, and decided to file a new appeal, this time for annulment before the Supreme Court. To file the appeal, the citizen based her request on the occurrence of a serious inconvenience for her, the fact of keeping the paternal surname, relying on the constitutional right to her own image, proving the serious damage that bearing the surname of her father entailed, as he abandoned her when she was a minor and the benefit relevant to the life of the plaintiff in the event that her request was upheld.

The Supreme Court DID accept the citizen's petition and authorized the change of surnames, annulling the previous judgment in which the petition had been dismissed. Below we explain what the Supreme Court exposes as a basis to authorize the change and replacement of the paternal surname with a maternal one.

Concurrent circumstances of the case for estimating the change

The Judgment upholds the citizen's request for the change of the paternal surname to take place based on three key points:

1. The abandonment of his daughter's father since she was 5 years old and the consequent breach of parental responsibilities.

2. The family and social integration of the interested party was exclusive of her maternal family, without any other link with the paternal family that she did not even get to know; Therefore, her mother was the one who assisted and educated her, along with her close relatives (grandmother and her maternal sisters).

3. From the expert reports it can be deduced that the situation caused psychological damage due to the existence of an identity conflict generated by bearing the paternal surname, a surname that the citizen rejected.

Due to all this, the Court concludes that the paternal surname is associated by the citizen with the abandonment suffered, arousing negative emotions in her and leading her to a painful part of her personal history.

Thus, the Tribunal considers that in this case there exist exceptional circumstances that motivate and justify the requested modification, for which reason the requested change must be upheld. A small fragment of the resolution is reproduced below (translated from the Spanish):

"Well then, the Chamber, in agreement with the Public Prosecutor's Office, considers that circumstances of this kind concur, since it is exceptional for a father to emotionally and materially abandon a young daughter, cutting off relations with her and disappearing from her life, upon returning to his country of origin due to his status as a foreigner.

Once we consider circumstances that deviate from the common ones, we consider that the postulated measure of use of maternal surnames is proportionate and adequate to satisfy the right that is recognized to the plaintiff, without impairing, with it, the rights or situations protectable legal rights of third parties. The plaintiff is a person of legal age, single, without siblings, and her father is a foreigner of hers, residing in his country of origin, with no ties within the scope of the Civil Registry in which this sentence will trigger effects."

In short, the Judgment, which upholds the request to change the paternal surname, with the interested party having both surnames of the maternal line, emphasizes the inclusion of the right to name and surnames within the set of rights of the person, understood to be protected by the fundamental right to one's own image established in article 18.1 of the Spanish Constitution, also recognized by the Court of Justice of the European Union, as well as by the European Court of Human Rights and the importance of the surname as it is a constitutive element of the identity of the person and their private life.

Any doubts? At AOB Abogados we can advise and assist you in matters related to name and surname changes. Contact our lawyers by making an appointment in person in our office of Barcelona (Spain) or using one of our online legal services so that our team can advise you in this respect.