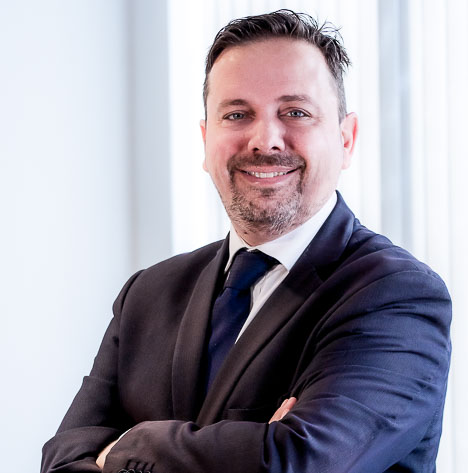 Many individuals and legal entities (freelancers and commercial companies) have been economically affected by the confinement measures agreed during the State of alarm to deal with COVID-19. A large part of them have been forced to temporarily close their establishments, which has led to their income having been drastically reduced and thus, unable to meet the payment of their obligations, and among them, the payment of rent. from the local. This is the case, for example, of bars, restaurants, hairdressers, small shops...

In order to alleviate situations that may aggravate the economy of SMEs and the self-employed, by means of Decree 15/2020, of April 21, in its article 1 and following, a series of measures are adopted regarding the rental relationships of business premises or establishments with a purpose other than housing.

Thus, by means of this Decree Law, a series of measures are adopted and the requirements that allow SMEs and the self-employed to request a moratorium on payments related to monthly rent for the locals of use other than housing are regulated.

Below, as a summary, we indicate which are the circumstances that allow us to request this moratorium and in which cases the lessor must accept said request for postponement.

The law considers as a lessor of a large holder of real estate:

If the owner complies with the above requirements, he must compulsorily and automatically accept the moratorium on the payment of the rent requested by the lessee in the terms that we will indicate below. Therefore, the consent of the owner is not necessary.

b) Assumptions in which the lessor-owner is NOT considered a “large holder” of real estate.

The aforementioned Royal Decree establishes that if the owner does not fall within the previous definition of a large holder, then the latter will not be forced to accept the fractionation, nor will it have any automatic effect since the consent of the owner will be necessary.

Now, in these cases, the aforementioned royal decree does authorize that, if the lessor and lessee have reached an agreement, that the payments that are accrued during the moratorium be deducted from the deposit. In the event that this solution provided by the royal decree is chosen, the lessee must return the amount of the deposit that has been disposed of within one year from the conclusion of the agreement or within the remaining term of the contract , in the event that this period is less than one year.

That this Royal Decree does not foresee the obligatory application of a moratorium and fractionation of the rent when the owner is not a large holder of real estate does not mean that the lessee cannot do anything to find a solution that allows him to reduce or even suspend his obligations such as the payment of rent, but for this you will not be able to resort to the aforementioned royal decree, but to other different legal mechanisms, such as the application of the “rebus sic stantibus clause” and it must be studied case by case if it is applicable.

Regarding the period of effectiveness of the moratorium, it is provided in article 1.2 of the Royal Decree, of April 21, that its duration “will affect the period of time that the state of alarm lasts and its extensions and the following monthly instalments, extendable one by one, if that period were insufficient in relation to the impact caused by the COVID-19, without being able to exceed, in any case, the four months”.

And these amounts that are deferred, will be divided into a period of 24 months, as stipulated in the same previous article and of which we reproduce a fragment below: "they will be deferred without penalty or accrual of interest, from the next monthly rent renting, by dividing the instalments over a period of two years, which will be counted from the moment in which the aforementioned situation is exceeded, or from the end of the four-month period mentioned above ”.

Therefore, the landlord will be obliged to accept the deferring of the rents for the duration of the state of alarm, and exceptionally it may be extended from month to month up to a maximum of four more months after the end of the rent, depending on the economic impact caused by the Coronavirus, and those deferred rents will be paid pro rata in 24 months, without interest, from the month following the moratorium period.

Conditions of the tenant to request the moratorium

In order to be able to access these solutions by the self-employed or mutual insurance companies with a social security alternative to social security, the following requirements must be met:

1) Be affiliated and registered on the date of declaration of the state of alarm by Royal Decree 463/2020, of March 14, in the Special Regime of Social Security for Self-Employed Workers or in one of the substitute mutual societies of the RETA.

2) That the activity of the applicant has been suspended as a consequence of the measures decreed by the State of Alarm.

And in the case of SMEs, they may avail themselves of these benefits when the property lease is affected by the economic activity they carry out and:

2) That its activity has been suspended.

3) That the reduction in invoicing of at least 75% is accredited, in the terms that we mentioned in the section on conditions for the self-employed.

Request by the tenant and deadline to request the moratorium on rent payment.

The first step, therefore, to take advantage of said moratorium on the payment of rent is to make the formal request to the owner, by a means that proves its delivery, content, and reception, such as a Burofax. The deadline to request it is one month from when the Royal Decree was published. Therefore, having been published on April 22, 2020, the moratorium and subdivision must be requested before May 22, 2020.

Along with the request, sufficient documentation regarding the reduction of activity must be submitted, by means of a responsible declaration that states the reduction of the monthly billing of at least 75% and, if the landlord / owner requires it, they must show the accounting books to prove this reduction as well.

Likewise, regarding the documentation to demonstrate the suspension of activity, a certificate issued by the Tax Agency, or the competent body of the corresponding Autonomous Community, must be provided, based on the declaration of cessation of activity declared due to the situation as a result of the Coronavirus.

So, in order to find out if one can avail himself of the moratorium that enables the Royal Decree of April 21 in relation to the leasing relationships of properties intended for a purpose other than housing, first of all there must be taken into account whether the owner of the property is considered a large holder according to the definition indicated, in which case, the moratorium will be accepted automatically once the request has been made, or otherwise, it will depend on whether the owner is not considered a large holder, in which case the parties must agree the conditions, with the exception that they are empowered (not mandatory) to be able to request the owner to have the deposit money, with the consequence of returning said amount with the details described in this article, and this notwithstanding that the lessee could exercise other actions, such as rebalancing the contract to the new situation created through the “rebus sic stantibus” clause.